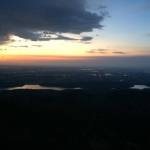 How long should it take to get on a load?