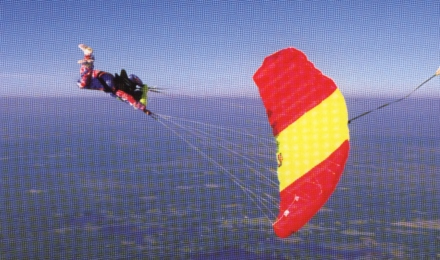 The Vengeance is one of the first airlock sport parachutes on the market. This 9-cell, all zero porosity fabric, is a noticeable step up from the Stiletto with a longer control range, steeper dive, and faster turns.
0
0