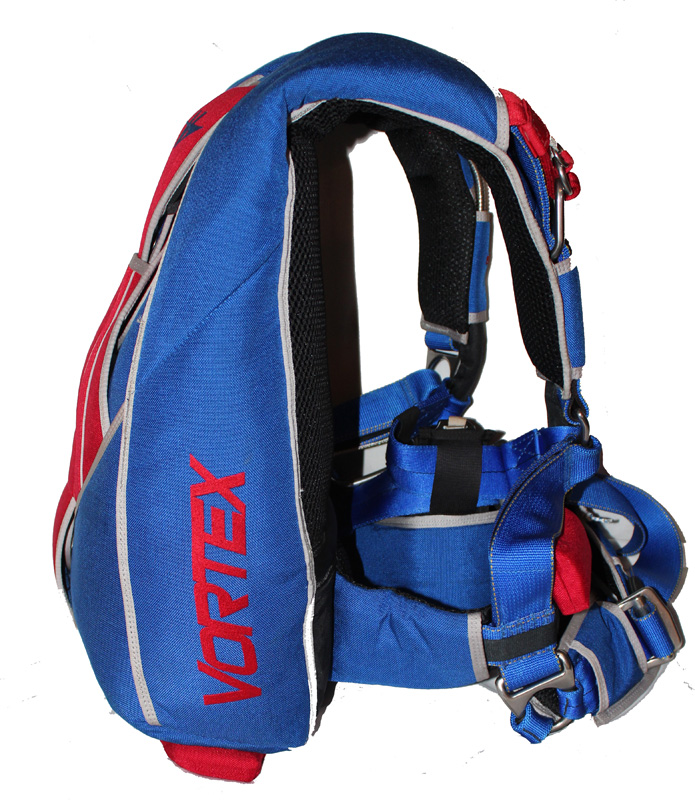 The Vortex Sports some unique design features, making it the most comfortable rig to jump. It is so comfortable you can hardly feel it in free fall. The back pad yoke is contoured to the shape of your body for extra comfort. The cut out in the back pad makes the harness fit snuggly. The splayed leg straps add extra comfort when under canopy and the harness is custom made to fit your size and measurements.

The 3 stow mouth lock design on the main deployment bag and the balance of the line stows situated inboard from the edge of the bag helps prevent bag spin kill line pilot chute is a standard feature. The dive loops and the spiral flex housings in the rear of the risers also standard. Some of the other features include, the rises are Velcro free; superior pin protection flaps; option of Hacky / Freefly pff or pull; snag free closure loop holders; integrated bridle cover; strong External Spring Pilot chute for instant reserve extraction.