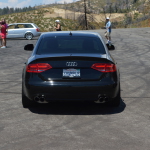 By eyrah, August 6, 2013 in Introductions and Greets