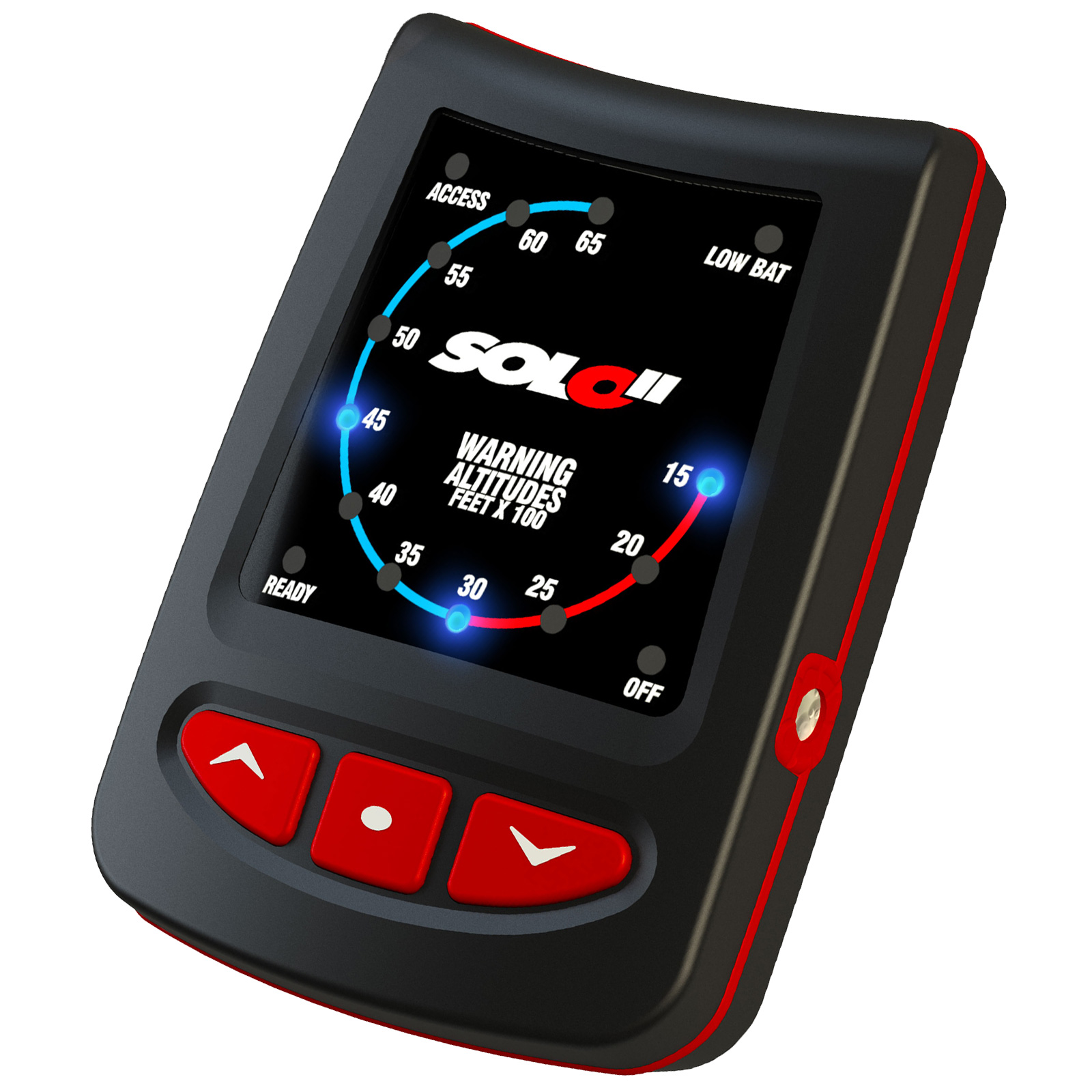 All new software and design to make the world’s favorite audible altimeter even easier to use with the quality construction and accuracy you have come to expect from Larsen & Brusgaard.

Developed with all skydiving disciplines in mind, the SOLO II™, when combined with our ALTITRACK™ visual altimeter and data recorder makes a perfect combination for all of your altitude awareness needs.