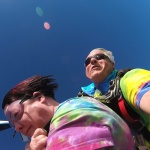 By pushykat, December 3, 2016 in Introductions and Greets