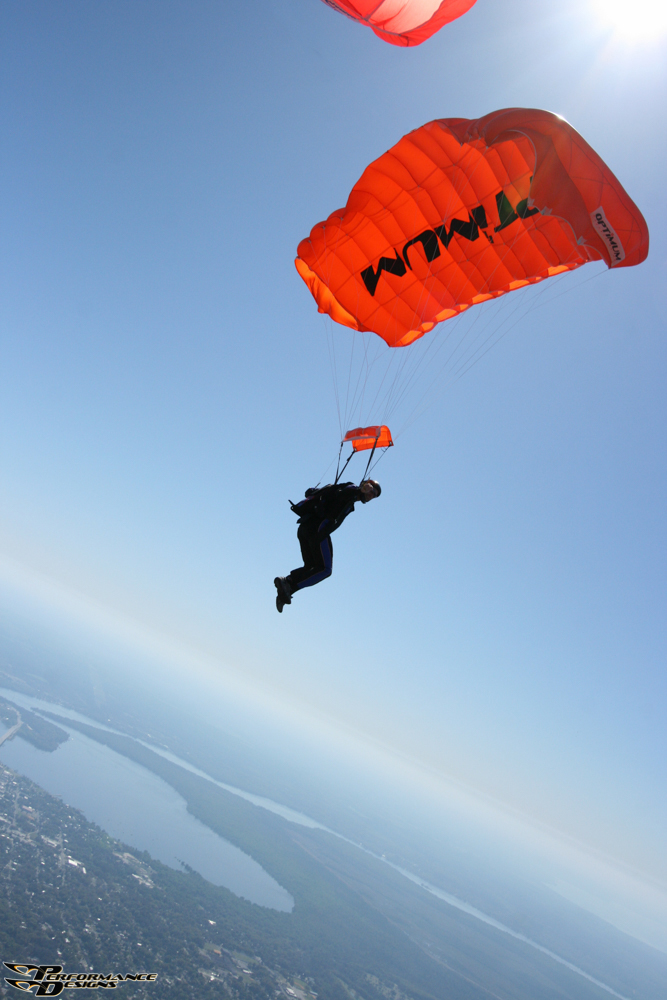 The Optimum Reserve is made from a 30 denier low-permeability, low-bulk fabric available exclusively from Performance Designs. We've combined this fabric with special aerodynamics and extensive reinforcing to create great strength, better performance, and a far smaller pack volume for a given size. The Optimums are rated for maximum exit weights ranging from 220 pounds to as much as 290 pounds! This reserve has successfully been drop-tested at weights and speeds considerably higher than those required for FAA certification according to TSO C23d, the highest standard to-date. The Optimum flies and lands far more like a main parachute with a more powerful flare, by a wide margin, than any reserve we have ever tried.
0
0