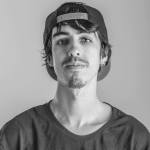 Skyride Issues - How to Deal With Them on DZ.com