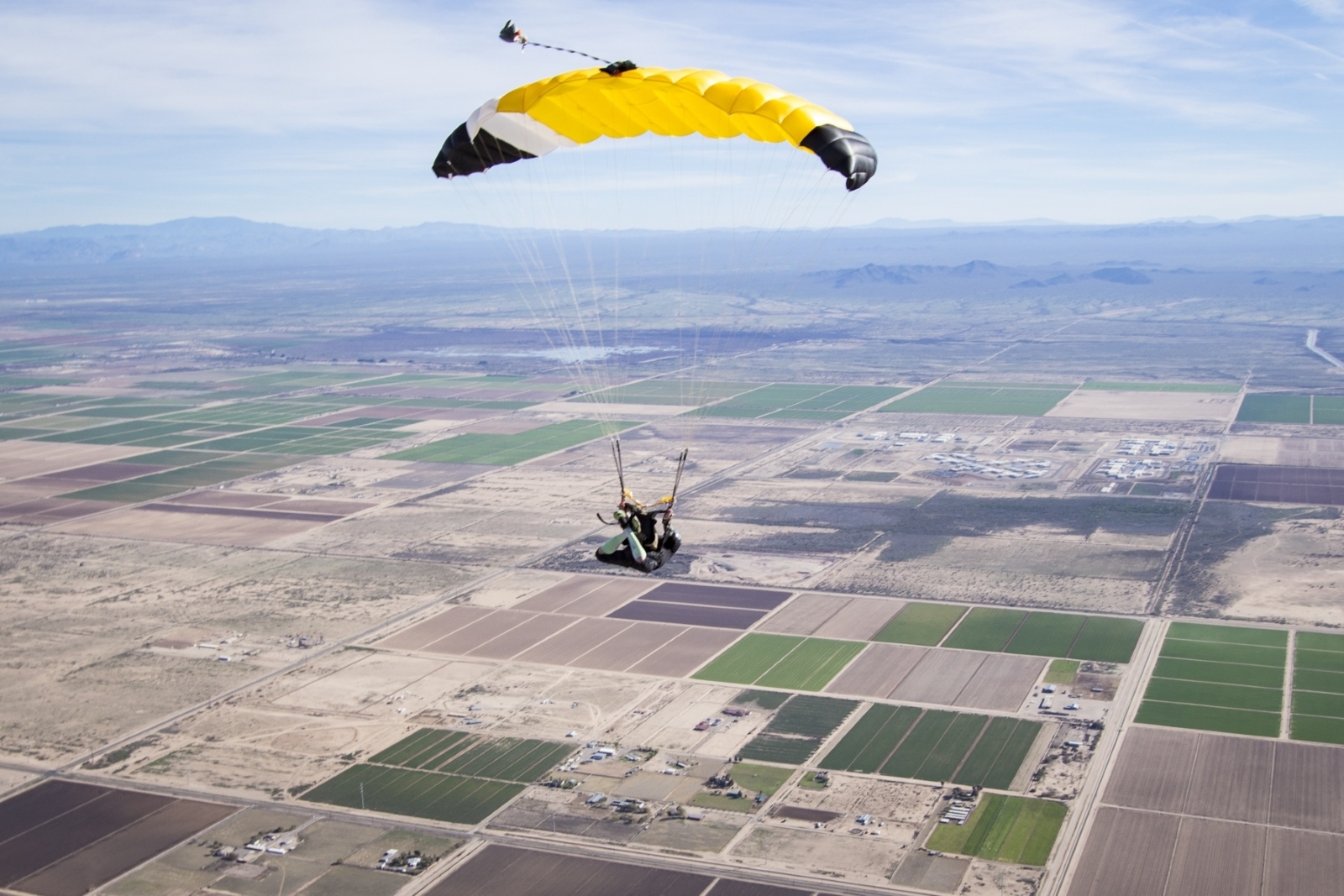 The Crossfire 2 has set the standard for high performance elliptical 9 cell canopies… until now. The X-Fire is completely redesigned to excel in all areas important to you- the pilot: openings, harness input, swooping, and packing while remaining your ultimate “everyday canopy.”

The X-Fire openings are smooth and consistent as ever. Through the application of our Shape Correlation for Inlet Distribution (SCID) recently debuted in the S-Fire and the TX2, the result are fluid on-heading openings. At terminal speeds the X-Fire takes between 800-900 feet to give you that perfect opening every single time. And the best part? It doesn’t need to be packed with meticulous skill! This wing wants to give you soft on-heading openings effortlessly.

The X-Fire has adopted the Schuemann Planform (elliptical on the leading edge and less so on the trailing edge) that allows for great lift and reactivity, which is why this planform has been used in paragliders, speed wings and other high performance wings. When this planform is adopted the stall speed is lowered; therefore you can swoop further than with the Crossfire 2. This is also why the X-Fire has a minimum requirement of 400 total jumps and 200 jumps annually.Currency is mandatory. However, at this level of reactivity and performance 800 jumps is what we believe to be the benchmark to really experience the caliber of performance the X-Fire can offer.

The X-Fire is above and beyond the Crossfire 2 when it comes to harness inputs, so flying with leg pad input alone is done with ease. The recovery arc has been lengthened, but remains shorter than cross braced canopies- which is exactly why this is the ultimate gateway canopy. The reactivity of the X-Fire translates to awesome front riser pressure, and dramatically easier rear riser control than the Crossfire 2. It takes little effort to land on your rears and experience a powerful flare. Toggle control is improved as the X-Fire has a much stronger low end flare than the Crossfire 2, which results in the ability to shut it down on no wind days even in a tight landing area.

Now let’s talk innovation: SCID gives the openings but the performance of the X-Fire demanded elevated Parabolic Reinforcement Tapes (PRT). A full parabola of reinforcement is visible on load bearing ribs, a great deal more than the S-Fire or TX2. A canopy like the X-Fire needs absolutely no drag from distortion of the top skin, so even though it is more time consuming in the production line, the end product is worth it, and when you swoop the X-fire you will understand.