How To Tube: Managing Sessions and Understanding Rotation

Tunnel flying can be physically demanding, especially at the beginning. Being in good shape will help but tunnel fitness is largely built through learning good technique and trying to fly as regularly as possible.

The more you fly the more you will be able to fly, in terms of both duration of each period you spend in the tunnel and the necessary rests in between. ‘Rotation’ is the term widely used to refer to the process of sharing time in the tunnel amongst the flyers in each session - of rotating them around so everybody gets to use their minutes in sensible portions and with ample rest periods.

Not all indoor skydiving facilities are the same - some have an enclosed (i.e. locked) staging area immediately next to the flight chamber that necessitates formalised sessions of a set duration (usually 30 minutes) which those booked to fly divide amongst themselves. Others tunnels might have an open staging area (i.e. not locked) in which the flyers can come and go as required - which leads to a little more freedom and flexibility for deciding upon the order of rotation, but more chance for things to turn into a shambles if those concerned do not manage the time properly and let it get out of hand. 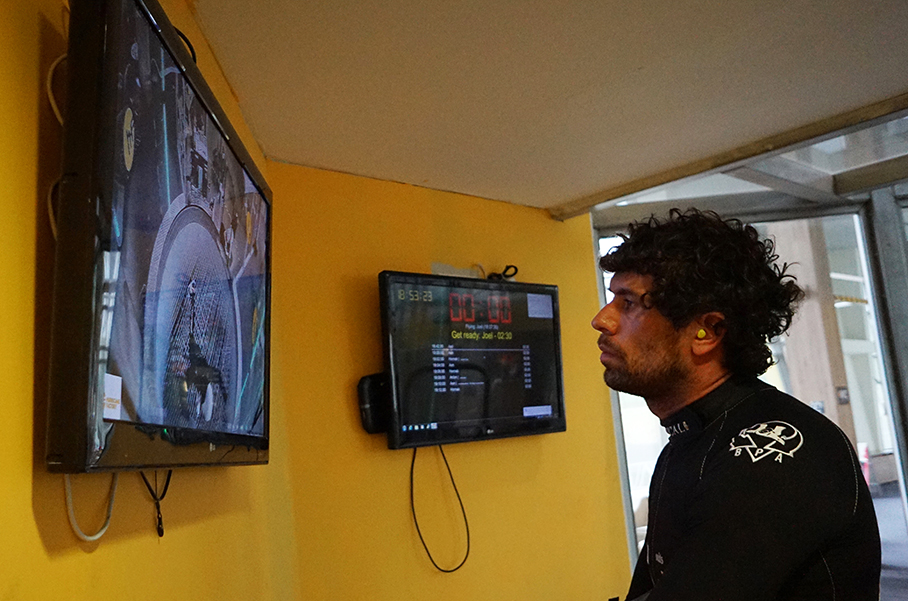 As indoor skydiving facilities grow progressively fancier, the most likely way sessions will be displayed is via a monitor where each and every minute of flying is listed via software that is linked directly to the tunnel’s manifesting system. The programmes used to run the daily activities is most likely specific to that tunnel (or that type of tunnel) and will have its own particular idiosyncrasies. However - there are many places to fly where the primary method of marking people’s time is by writing everything out on a white board and crossing off the rotations one-by-one with an actual finger.

Here is a simple list of some different ways of splitting up time:

Sharing Sessions with the General Public: People off the street giving indoor skydiving a try will likely have bought a package that involves a couple of rotations of a minute or two each. If you are in a mixed session with some newbies you can really help by being on point with your personal plans as your instructor will likely have his or her hands full with the nervous and baffled. Look out for small children bailing out early or people faffing with their gear - if you and your coach can jump straight in when the instructor needs to tend to a tiny crying human or fix a gear issue in the staging area so they don’t have to interrupt a flight they will love you for it. 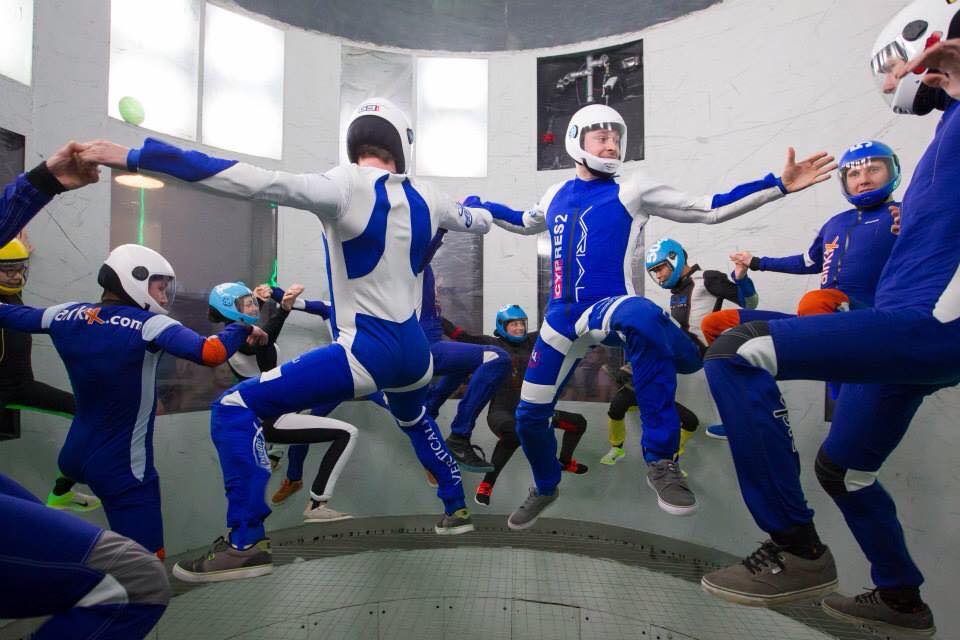 The more the merrier - just be sure everyone knows the plan.

Sharing Sessions with Belly Teams: Belly flying is very serious so much coaching, practicing and remembering needs to be achieved. Teams are often fond of shorter rotations such as 1:30s or 1:40s so they can squeeze another go out of a session. If your tunnel has a video playback system on a delay it will likely be set for longer than this so it is easy to get repeatedly caught with your pants down still watching yourself on the screen as the belly types get out.

Sharing Sessions with Freeflyers: Freefly training these days is all about the low speeds. Flying on lower wind is easier on your body and the mixture of positions and training methods means it is possible to fly for longer. Rotations of 2.5 minutes have become standard and some coaches and flyers prefer three minutes. Remember, nobody sensible really wants to high five this much - but it is the done thing. 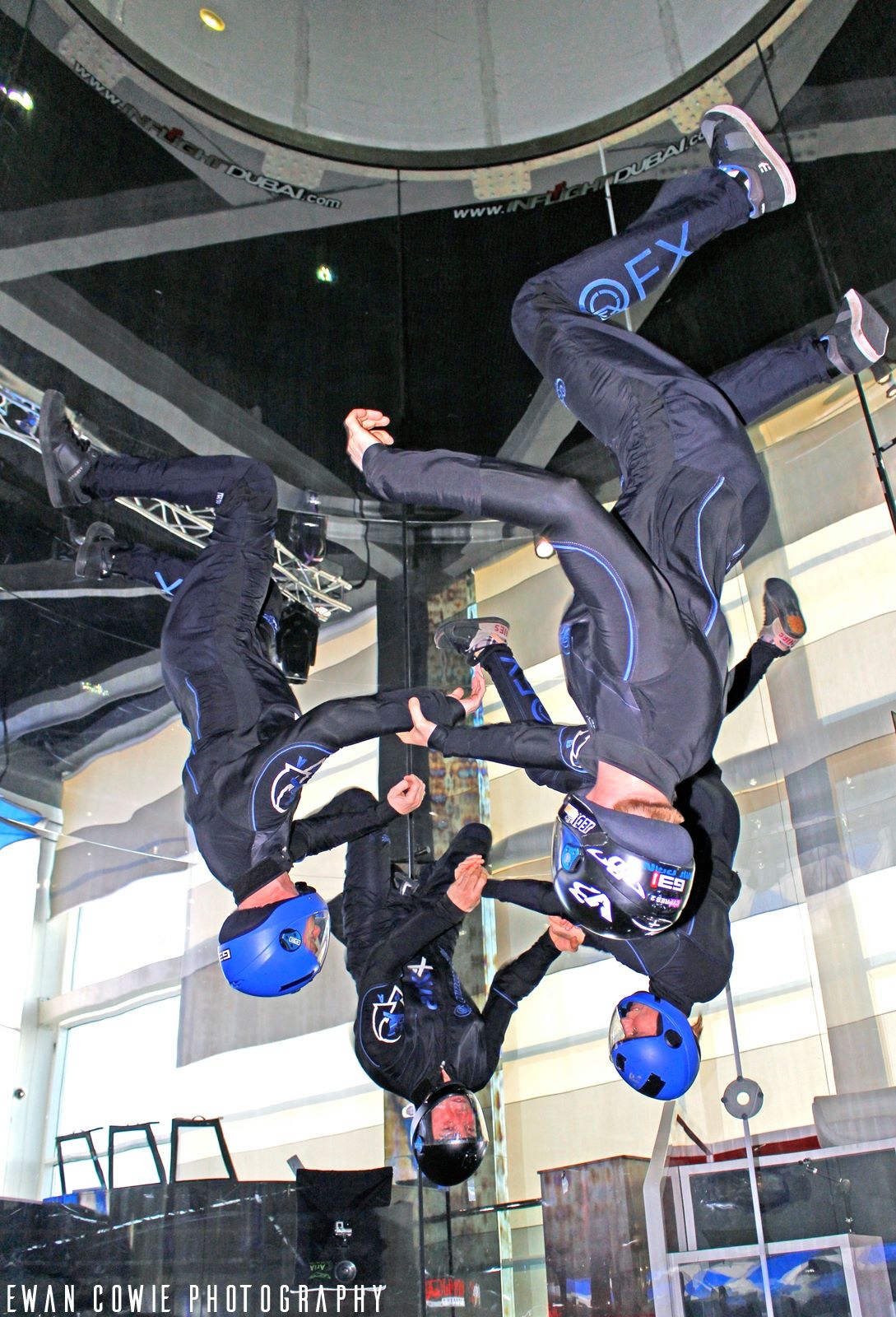 Sharing Sessions with VFS Teams: VFS is hard work so teams frequently like one minute rotations which can be a pain in the balls. They should be nice to you about it. You might find your rest periods very brief or even be asked to do shorter rotations in your own time so they can rest too. Stand your ground - as policy tunnels do not guarantee the breakdown of sessions but you are a paying customer an as such should be accommodated. As you progress you might be fine with one minute gaps but as a new flyer it can be too much work.

Although it really only involves some very simple maths, organising rotation can be confusing at first which sometimes puts people off figuring it out - resulting in experienced flyers (who should know better) with a total inability to behave efficiently when at the tunnel. The most important thing you can do to make your sessions as smooth and beneficial as possible is communicate with the other people involved - and once you understand a few simple principals you are ready to go.