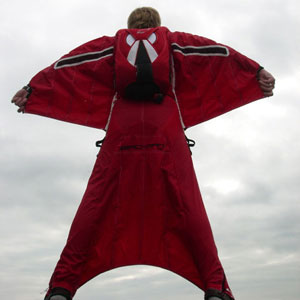 The Firebird is a new wingsuit from Bird-Man International. Imagine a wingsuit that you can make your first flight with, it has to be easy to fly and totally care free while opening a parachute. Then imagine falling in love with flying and your suit. Making progress and getting better is a way of life for the skydiver and Firebird will stay up with your development.

·Air intakes with airlocks on backside to allow smooth flying even when flying on your back.