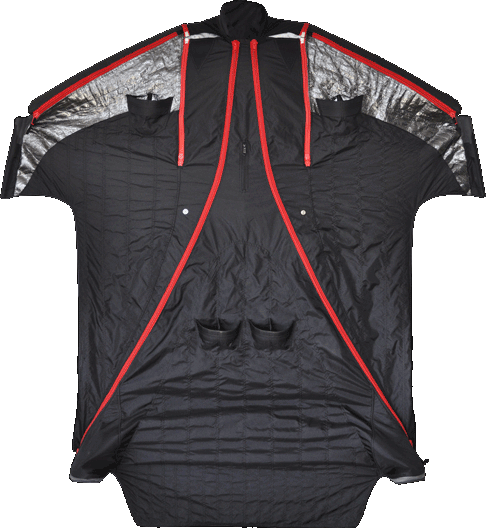 The Colugo 2 release was delayed until after the RedBull Aces event, where new technology in this exciting suit made its debut and was tested by Squirrel team pilots. Andy Farrington took first place flying a prototype that included key innovations present in this new design, including leading edge mini-ribs and a new hybrid leading edge construction.

The new Colugo 2 is significantly smaller in surface area than its predecessor. It features a new arm wing profile and leg wing design, new planform, and a new type of Dacron coated leading edge construction, with a flexible segment at the wrist.

We are very excited about this new suit and the delay in releasing it is a direct result of us having a bit too much fun with the testing, and wanting to push the progress as far as possible before releasing it. The core mission for the Colugo 2 is to provide a fast and agile suit for advanced-intermediate to expert pilots.

The Colugo 2 is now available for pre-order. We expect the first orders to ship in late August and early September. Please scroll down for more information.