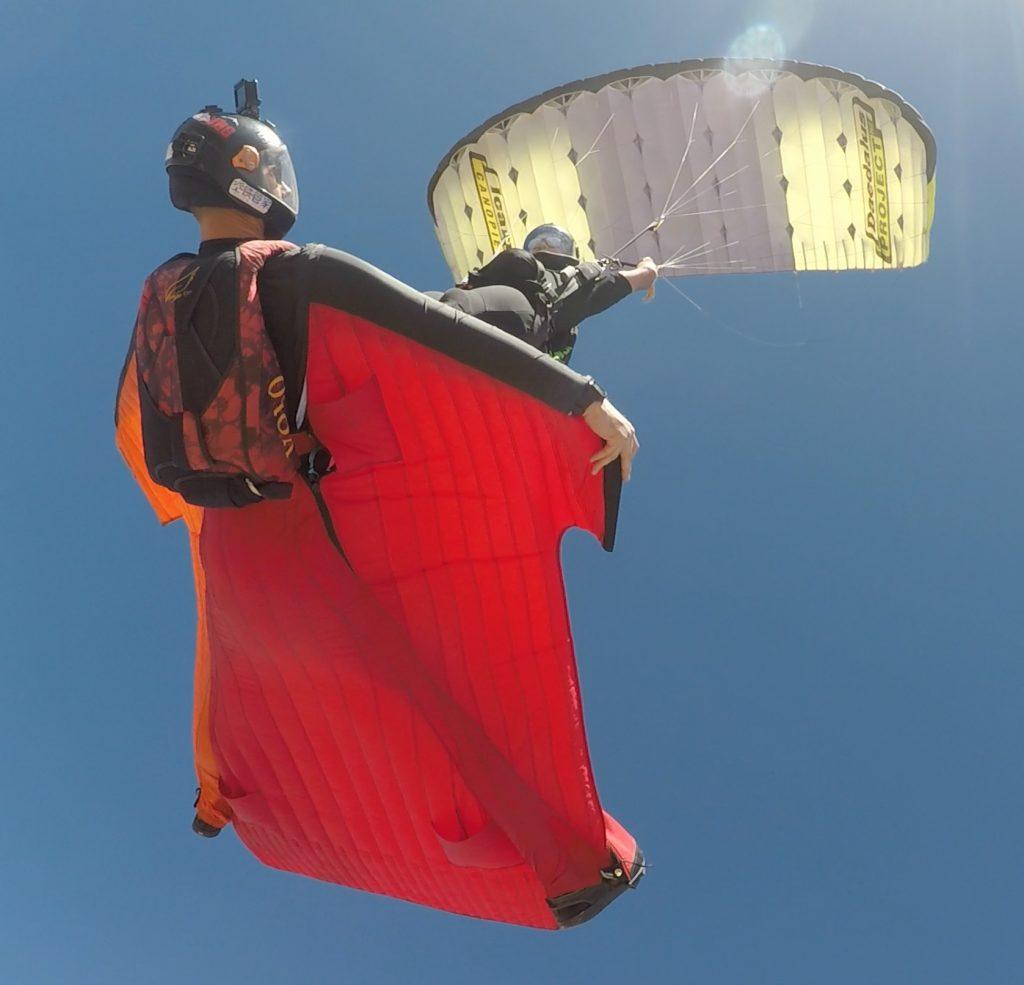 Phoenix-Fly is proud to announce the Rafale

A unique new model, exploring new ground with large surface wingsuit acrobatics.
A suit designed with high performance flying for both skydiving and basejumping in mind.

Offering users a single platform for short start, high agility, high performance flying in base, but also having the range to play around with acrobatics, ppc, backflying, flocks, flares and XRW in the skydiving environment.

Constructed with knowledge gathered from over 10 years of domination in the acrobatic arena. A hybrid suit, stemming from design features derived from the SU II and Strix have created the most agile ‘large surface all rounder’ on the market.

The combination of increased surface area, perfect streamline, tight fit around arms/legs/body and aggressive pitch, create a suit with a naturally high speed, but ability to also perform well when flown at lower forward speeds.

High internal pressure creates a perfectly inflated and clean airfoil that performs well at any angle. A pre-formed leading edge, as pioneered by Phoenix-Fly, creates the smoothest airflow, and most responsive flying, while still allowing for a clean and trouble free deployment.

Custom designed grippers allow for a perfect grasp on the wing, with the wrist at a comfortable angle, to create a merge of body and wingsuit that allows for most feedback and control.

Especially in backflying the Rafale will raise eyebrows with its rock solid inflation, and ease of control. Rolling and transitioning like a small wingsuit due to the wing following the movement of its pilot down to the small details, due to the suit fitting the human form like a second skin.

×
No reviews have been left for this gear item.