Tuesday 25th October 2005 - It was an untypical crisp October morning in Lahti, Finland when Visa Parviainen and the BirdMan Rocket Team attempted to make the first ever jet powered, birdman flight.

The team set up camp in a small park in downtown Lahti, to prepare for the jump. The locals appeared to be not-at-all phased by the fact that some person was igniting a jet engine in their tranquil little park while they were walking their house pets.
The launch platform selected for the day was provided by the famous Finnish Balloon Bros, who graciously offered their services for this historic event. Visa had designed a unique launch platform to hang outside the balloon to avoid 'cooking' the balloon occupants during the ascent to altitude from the exhaust gases of the jet engines.

Once Visa had adorned his birdman suit and rig on the ground, it was time to test the rocket boots. Each jet engine provides around 16kgs of thrust, and is primed with a mix of butane and propane. Once ignited, the engines rely on a steady supply of kerosene (JetA1) fuel. This fuel burns at around the rate of 0.5 litres per minute, on full power, for each jet engine. The combined thrust of both power plants was calculated to be enough to sustain level human flight in a wing suit for an average weight skydiver.

Once all the gear checks were made and rigorous safety procedures executed on the ground, it was time to inflate the hot air balloon for the ascent. The Balloon Bros provided a smooth and relaxing ride up to altitude over the beautiful vista of the humble town of Lahti in middle Finland.

The Balloon ascended over the unpopulated areas around the lakes and forests of rural Lahti, visa primed and started the rockets prior to exit. After warming up the engines in the cold surrounding atmosphere, it was time to make the attempt. The high pitch whine of the jet engines sounded surreal in the calm stillness of the hot air balloon. Tensions were high that this attempt would be a successful one. It was time to go, as the fuel was rapidly running out, Visa gave the all clear sign (a quick grin) at around 2300m (7000ft) before 'edging' off the platform into the first rocket-powered-human-flight attempt. 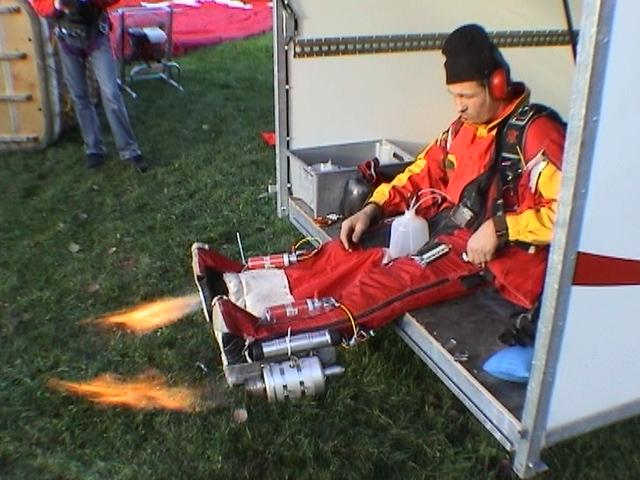 The exit was stable and on-heading, after attaining normal bird-man flight, Visa requested full power from the engines, which responded smoothly in horizontal acceleration. After checking the altimeter several times, it was apparent that there was no appreciable loss in altitude for this period of time. Visa next changed his angle of attack by redirected the thrust and changing his body position to attain vertical climb. This caused a loss in horizontal speed, and stalled (the body?). Recovering from the stall was made easy because of the agility of the human body to change flight profile easily.

A few more attempts at this exercise yielded the same result. Pretty soon it became apparent that fuel consumption would soon terminate the level flight portion of the jump. Visa simply rode out the rest of the jump in level flight following the highway until the fuel ran out. Visa then continued in normal bird-man flight until deployment altitude. The deployment sequence was normal, and the landing was uneventful. 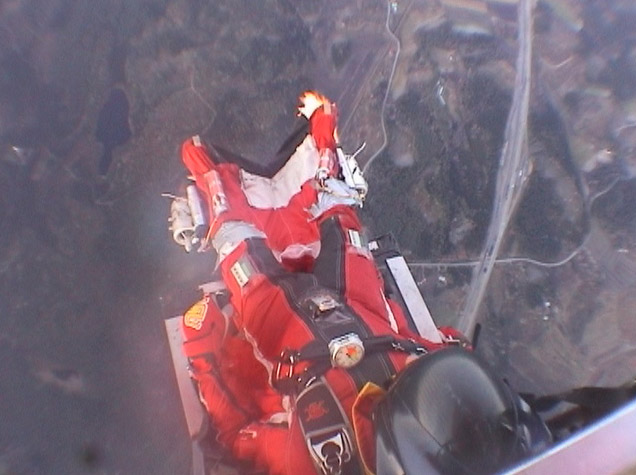 The jump has proven empirically that level human flight is possible and sustainable using the combination of jet engines and a bird-man suit. The strength required to control level flight was relatively easy, and controlling the direction of flight feels surprisingly natural. The duration of flight is simply a factor of the consumption of fuel of the engine(s) powering the flight.

Visa Parviainen has proven that with a little innovation, determination and courage it has been possible to realise the dream of uninhibited human flying. 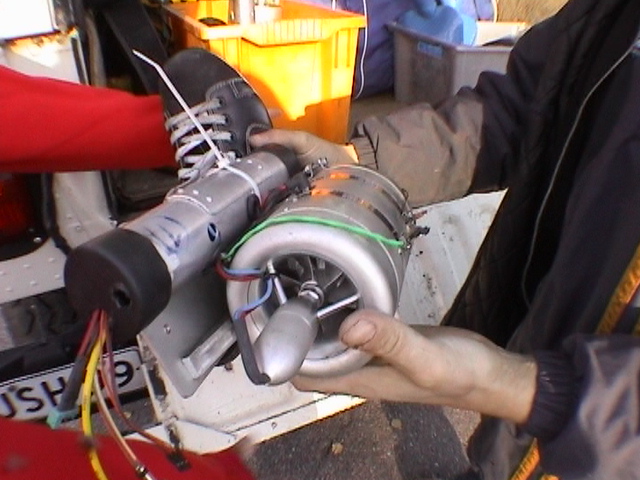 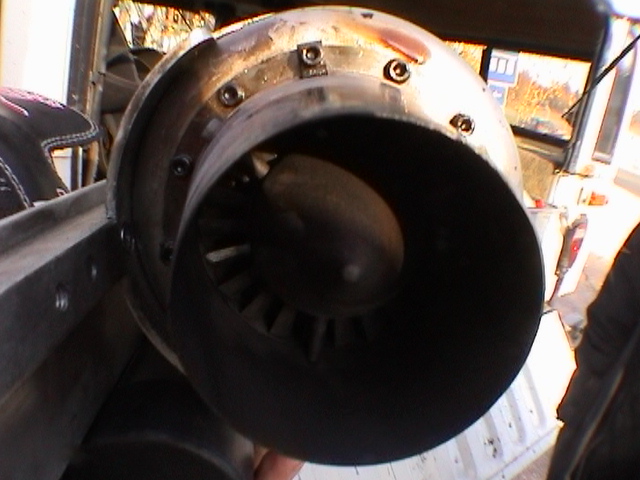 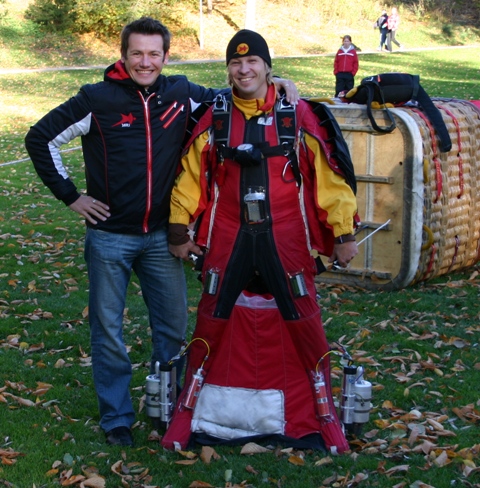