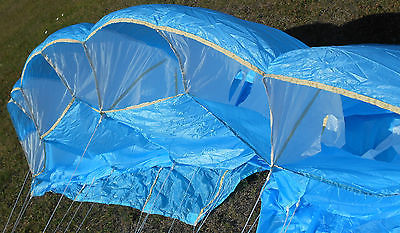 It's a fact: most jumpers simply don't focus as much attention on their reserve canopy as they do their main. Fortunately Para-Flite does. They've always considered safety to be the most important consideration in a ram-air reserve. So you can be sure that the Swift Plus is built to open quickly, cleanly, and on heading. But the Swift Plus offers even more: speed, maneuverability, and a gentle touchdown. It's no surprise that the 7-cell Swift Plus is one of the most popular reserve canopies in the world!
0
0