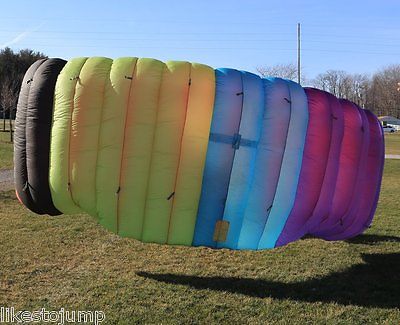 The original PD Sabre, like its successor, was designed to be fun to fly, easy to land, and a great choice for those looking for a general-purpose canopy. Built with zero porosity fabric, the Sabre maintains its opening, flight, and landing characteristics over a much longer life span than the conventional low porosity canopies designed during its time.