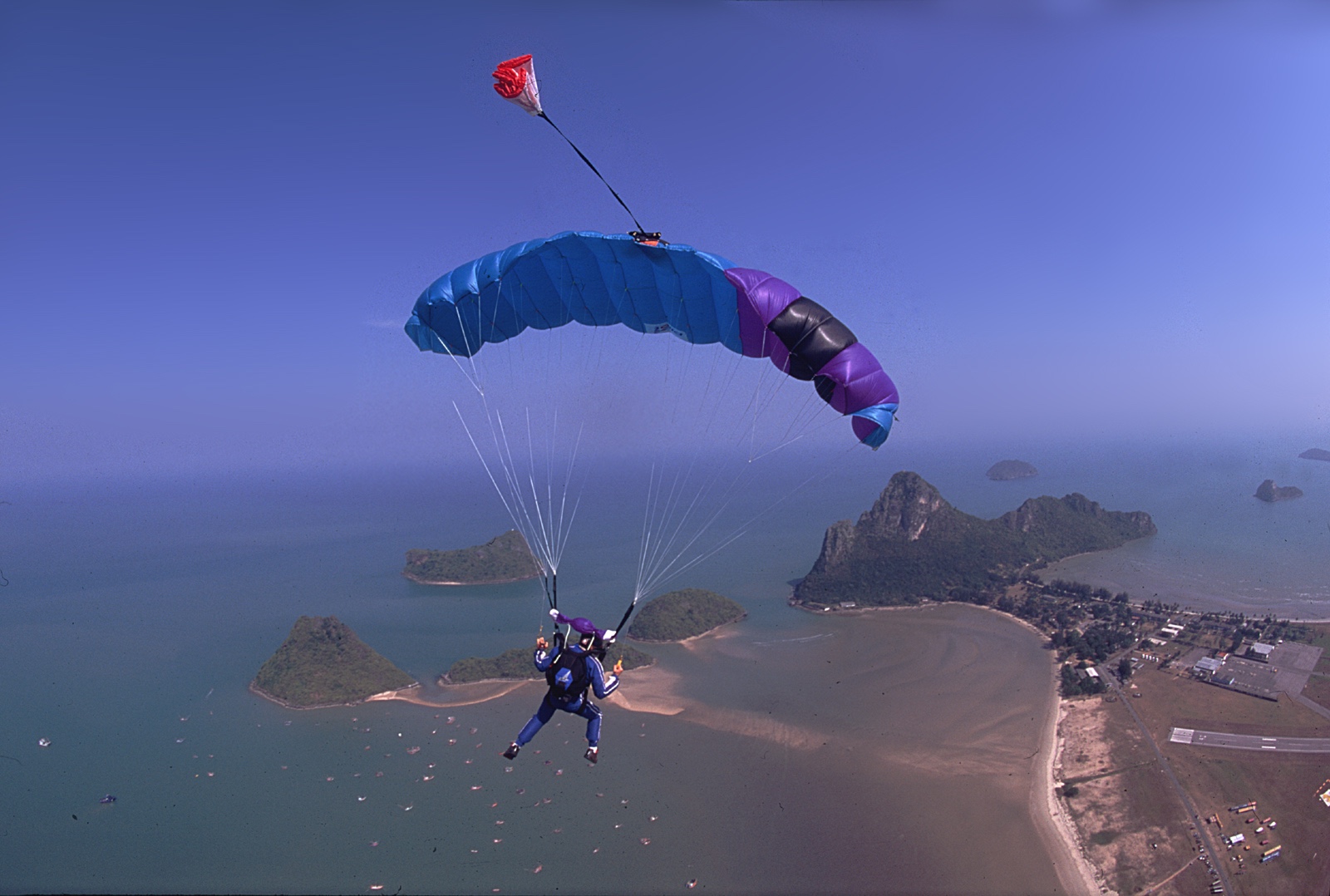 The name says it all... A canopy designed by pilots for pilots.
When we made our “wish list” for an ultimately versatile canopy, we came up with terms that were echoed by canopy pilots around the world. Of course the list included characteristics like: consistent openings, excellent glide, predictable, responsive turns and great landings, but these are the “buzz words” that every equipment manufacturer uses. This is the analytical answer to the question. But experiencing canopy flight is more than just analysis. We had to try harder.

When we pushed farther, and were really willing to listen, we started hearing the more important needs, the soul of the pilot. We heard terms like “effortless”, “fun”, “confidence”, “reliability”, and “safety”. We had finally reached the heart of a pilot.

We designed our Pilot to meet these needs. Our engineering and development team worked for well over a year developing and testing this new canopy. We can now say, we have the ultimate in versatile canopies that you have been looking for.

If you are looking for a canopy that you can truly enjoy, without the need to “work at it”, then the Pilot is the canopy you have been waiting for. “Try one on for size”, trust your feelings and you will not be disappointed. The Aerodyne Pilot: for people who love to fly.