The Wingsuit Theory, or How to fly like an eagle while barely moving on the couch

But as a side note.

There should be no doubts that the V suits have larger area then the S-3 or the S6 in addition to having a whole lot less drag and a better wing distribution. See Chucks V1 vs S6 comparision.

One of Robi's own articles on aerodynamics goes on for three paragraphs about the problems with increasing area of the wingsuits. Increase in area is a good thing but not just anywhere.

One striking feature of the V series arm wings is the concavity from wingtip gripper to body attachment point. See the pic of my V2(previously owned).

Try holding a flat object under a tap and see where most of the water goes, then hold a spoon under the water and see what happens. Its the simple things in life

Creating a channel for the air to flow under the suit and cutting back on the span of the arm wings gave me the best results and this is counterintuitive. But. I do not have enough jumps on the V series of suits to say for sure.

I tend to think the larger grippers at the end of the wing tend to ad a lot of drag. Like holding a small flag in each hand.
It causes larger arm pressure, and makes for few people that can fly the suit maxed out for an entire skydive.

Looking at aircraft wings, the tip of the wing does quite little and seems to actualy ad drag, generated by the vortexes that rolll/bleed off the side.
Having seen a few pics of weird experiments in wingsuits with winglets at the tip of the wing (probably scary as sh*t at pulltime).
How much of the long grippers is actualy affective/working wing area?

But wingtips etc. aside...isnt there still anyone jumping the M-1 that actualy has some true data on what the suit can do?

I'd gladly buy into the whole 7:1 thing, but if those numbers can be posted here, surely there must be GPS plots that support those numbers..?

I gladly believe its an incredible suit, with amazing performance. But so far the claims (2.5 times better performance then other top of the line suits from other manifactures) seem more like marketing hype then anything supported by facts or data?

It seems like AoA can never be negative for a wingsuit flight(pitch can be but not AoA). A negetive AoA would mean that the airstream is hitting the top surface of the wing. This would mean that lift is negative. Playing with the FoilSim applet on the NASA aerodynamics website shows this.

This is a good thing. We can create Camber by pressing the legs down and sucking the gut(kinda hard and needs a lot of ab strength...shoulders on level with feet as some of the suit nmanuals describe it) and(or) by bending and rolling the shoulders but keeping the legs straight...this seems to reflect the way most real world wings are...the bulge in the wing shape is nearer the leading edge.


On some suits this is not zero. To the best of my recollection, the manufacturers reason for this was that it aids in reducing the angle of attack. 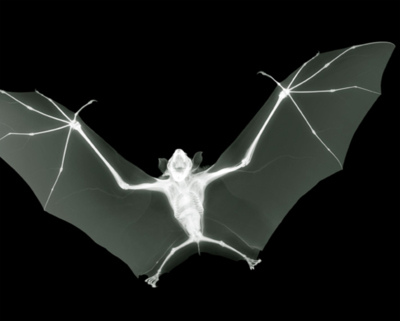 If they feel this , they are not holding proper position for maxing out in terms of either FF time nor distance!
Robert Pecnik
[email protected]
www.phoenix-fly.com

If they feel this , they are not holding proper position for maxing out in terms of either FF time nor distance!


Or they are applying techniques from flying older suits. For me on the few jumps I have on it, I max with my lower body and relax my upper and try to keep it steady.

December 12, 2006
I agree with Robi and Vector, when using the proper technique there's little pressure from the gripper. But I do remember my first flights when I didnt know anything about flying technique for the suit that I did have a moderate amount.
"The evil of the world is made possible by nothing but the sanction you give it. " -John Galt from Atlas Shrugged, 1957

45 degree technique wins hands down. Due to its high lift coefficient, it propels you forward much more efficiently than even the best L/D AoA. Below 1000ft down, best L/D catches up and soon beats the 45 degree. At these altitudes, the glide ratio is already 1.0 and increasing, so it's time to switch from 45 degrees to full maxed out flight.

The headdown and "flat from the start" techniques are the least efficient.

In the last sentence do you mean pitch or AoA? Because headdown and flat from start refer to pitch.
What equations did you use and what ax and ay did you use? Because these are non zero.

The graphs are more than a bit off in regards to real world observations.

Take a look at Terje's exit in this movie. The flight starts way before 200'(if that of fall) and I cannot tell if the AoA is 45 degrees.

You have seen James's bridge day video? Depending on opening altitude, that final GR is probably over 1:1 at that point and the altitude lost is not even 600'?


If they feel this , they are not holding proper position for maxing out in terms of either FF time nor distance!

Proper arm position maybe the reason?
Several people flying V1/V2s complained about it around here, thats why I asked...

Ive seen people use some really akward arm and body positions trying to fly their suits. We're always trying to assist in heloing them see what they could change to improve flying wise. So any tips on this subject would be great..

We noticed that in your video's, the arm wing is always perfect. One smooth shape.

While with a lot of flyers, there is a clear line. Cut across the wing. like a fold. Is that whats causing their armwing to be 'heavy to fly'?
And maybe also tipping them headlow a bit to much (having trouble staying up with slower formations)

Its seen a little in this picture
But its more pronounced with some of the people I've seen.
Does it require more pushing down on the wing, or pulling grippers outward to create a smooth wingshape there?

It would be great of (body position-wise) you'd have some tips and pointers on that subject?
JC
FlyLikeBrick
I'm an Athlete?