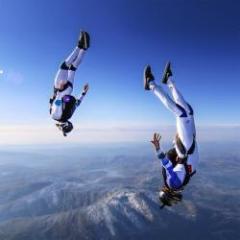 By Shivinski, September 8, 2016 in Swooping and Canopy Control