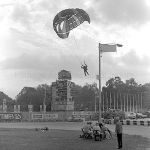 Smallest DZ for a PC?