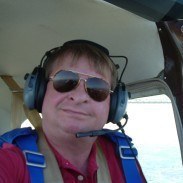 Old Timers, How many sport static lines did you make?