April 15, 2004
BTDT (Been there done that)
The canopy that was really a head of it's time was the
Swift, small, fast, reliable.

There are threads dedicated to all those types! 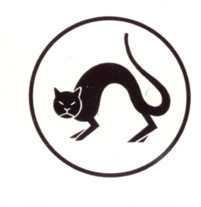 April 17, 2004
StratoRag!!! Still have my old strat in the archives! 'Twas a fun canopy, the black rainbow color patern. First jump on it was in Najafabad, IRAN in 1976! Me, my ex wife Chris, Lee Sewell and John Paulos out for a Saturday morning bandit jump! Too much fun!!
SCR-2034, SCS-680

Huh? Colorado? Figured you had to be Welsh!
If some old guy can do it then obviously it can't be very extreme. Otherwise he'd already be dead.
Bruce McConkey 'I thought we were gonna die, and I couldn't think of anyone

BTDT (Been there done that)
The canopy that was really a head of it's time was the
Swift, small, fast, reliable.

I've jumped all those and more. While I was working for Bill Booth in Miami, a jumper ordered a Strato Star through Booth before they were available. When the canapy came in, the guy had no funds so I talked Bill into selling it to me. Since I had jumped Para Planes, Para Clouds, Sleds, and even got towed to a few hundred feet with a 360sq foot cargo square (it was sometimes convenient to be the rigger at Z-Hills), I was about as experienced as anyone around there. Bill and I figured out how to pack the thing together from the directions that came with it. I put around 600 jumps on it. Maybe 50 or so with the rings and ropes, then converted to a slider and later "short-lined" it 6 feet. Hey, it was high performance at the time :) I always felt that a properly packed and tuned, slider equiped, Strato-Star would open every time.

July 2, 2004
Got one in 75 from a guy that needed quick cash for an abortion!300.00! Had the mod to a slider and all! yall remember the five cell firefly?It was smaller than the strato star and faster.....brutal landings

Had over five hundred on the star with only two chops.I was very light,so it landed great for me.

I'm pretty sure you're thinking about the strato-flyer; the description is spot on (never jumped one, but saw a lot of them land). The Firefly was the smaller version of the Pegasus, and it came out in the early 80's. Mine was really pretty

yeah, the strato flyer was fast to land in it's day. Hmmm, now delving deeply into my memory banks ... I am thinking the Strato Flyer was Para Flite having all we jumpers put thousands of jumps on their design that then became the Safety Flyer.

The Safety Flyer enjoyed the reputation of being the first commercially available square reserve complete with that revolutionary free-bag. What a change that brought about in the sport.

Of course it had a pretty good acceptance - maybe one reason being that many tens of thousands of jumps that had gone into the design courtesy of all the Stato Flyers in the field.

But I preferred my Strato Stars - although higher bulk (way higher was my ring and rope reefed version) they were very well behaved and landed well. Not a bad accuracy canopy for its' time too. 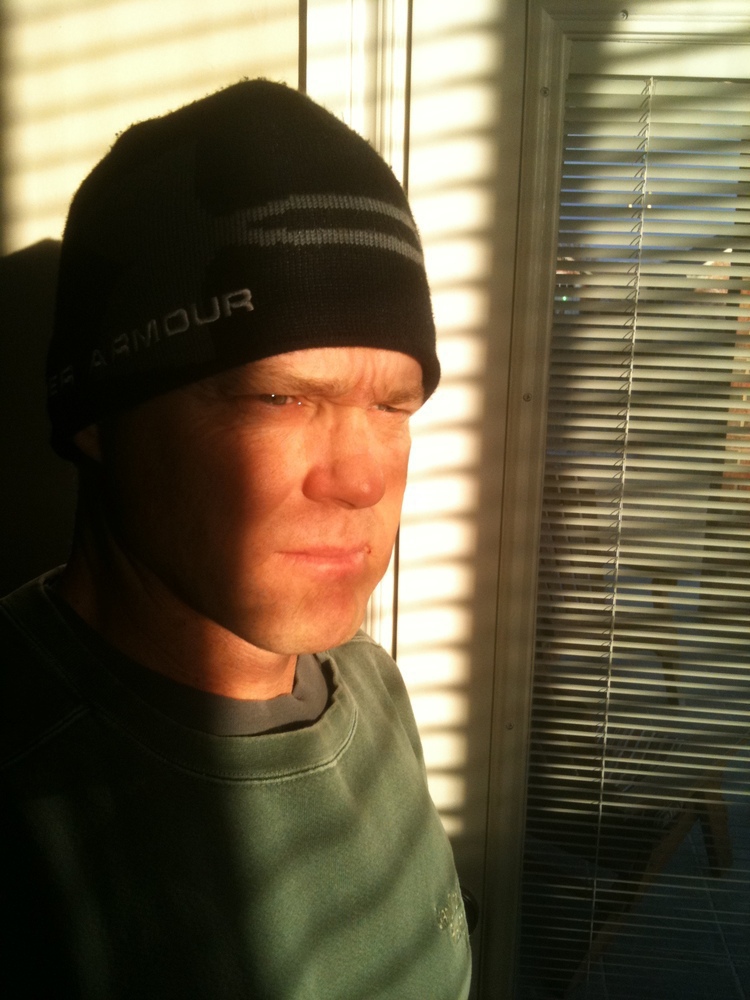 July 20, 2004
Put about a hundred jumps or so on a Strato Star. It packed huge in a SST Racer with a rip cord and R-3 releases. I still have scars on the heals of my hands from the landings.

It was a great CRW canopy though. I like it on top! 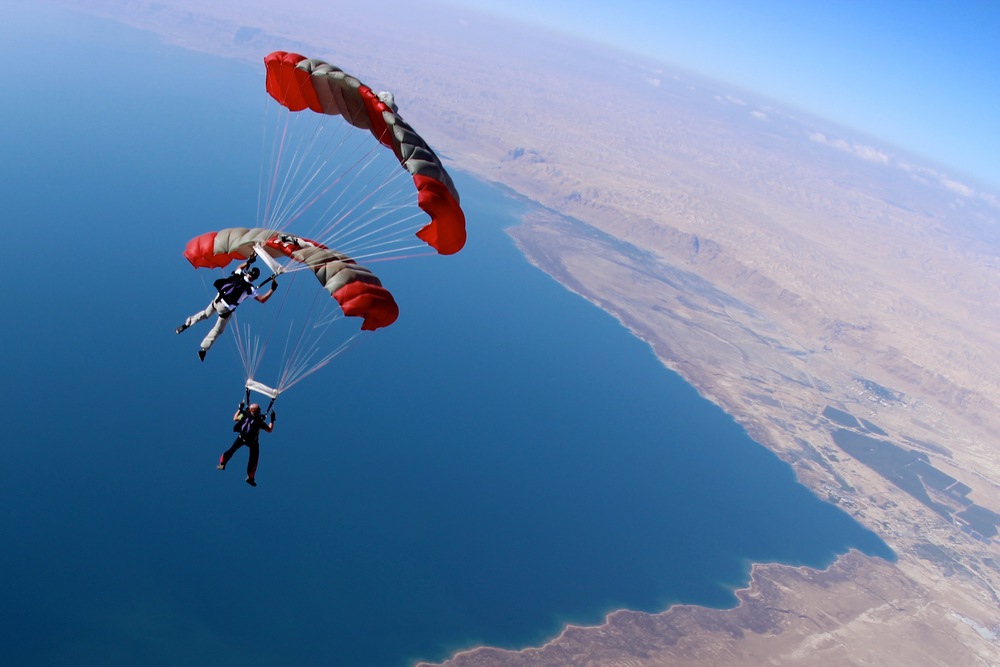 August 8, 2004
Reading through this forum for the first time: certainly brings back memories. Jumped a Strato Star a few times in the late 70s at a DZ 5000' above sea level. Didn't land particularly well, but better than my regular canopy: a Strato Flyer. Now who remembers that horrible parachute? My first one bought by my Dad for my 21st. Also from Para-Flite, it was billed as an "RW parachute" as it packed smaller. Packed smaller as it was a 160 sq ft 5-cell monster. At my high DZ, it was the worst thing to jump. I later sold it and bought a GQ Security Unit. MUCH nicer!
Cheers
Andre 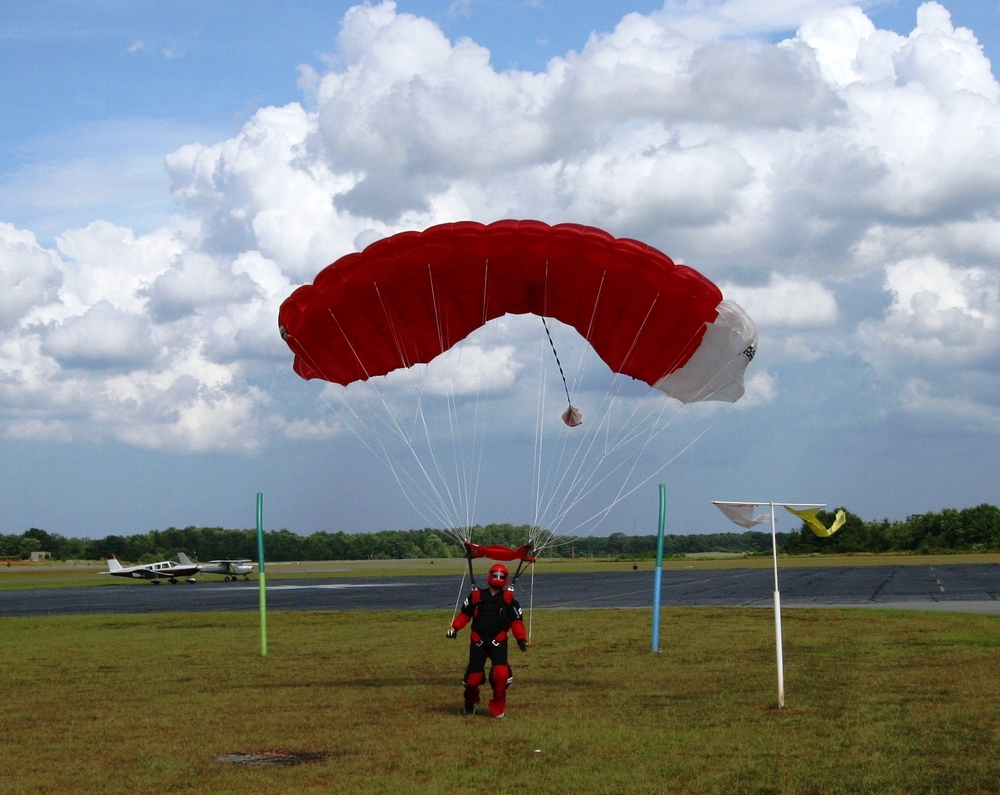 August 12, 2004
I have about 650 jumps on a Star from 1975 to 78. I loved that 5 cell. Started out with the rings and ropes, then went to a spider slider. I had it short lined and the stabilizers slit for better control in deep brakes. Kicked more than few plates at the Florida Para council meets in '76.

I took about 25 years off and started jumping again a year ago. I didn't FEEL right on the 9 cells but the first jump I made on a Triathlon 160 I felt at home. Felt just like what I remember on the Star, only faster.

August 29, 2004
I remember the Strato Flyers too. "Leg Breakers" I called them, on account of what they did to a lot of good skydivers. They were the beginning of people wondering WTF Para Flite was up to, after all the Strato Star and Strato Cloud had been such great canopies.

The Strato Star really surprised a lot of people with its other capabilities. It was designed as a "smaller/lighter" canopy for relative workers by virtue of being a 180 ft 5 cell design, which the Flyer took to an extreme with its too small (for most people) 160 ft size. Eventually the Flyer was accepted as a neat canopy for little guys and girls.

And the bottom four canopies of the world's first 8 Stack were all Strato Stars. The top four were Strato Clouds.

September 4, 2004
I remember all of the prototypes to today's rigs well.

September 19, 2004
Actually I still jump my stratostar occasionally. I've got to have some wind though or I land way too hard. I probably make about 20 jumps a year on it.
My container for it ia an old green star system with shot and a halfs.

September 21, 2004
My first ram-air was a Star, I bought used from a friend at work. It was Yellow with blue ribs, making it look like an Army Air Corps trainer. I won an accuracy contest in San Diego on it. Eventually I got a Pegasus.

I used to jump one. As a matter of fact, I still have it. Went from that to a Strato-Cloud then to a Pegasus.


I did the same thing. Knees couldn't take the occasional "Controlled Crash" of "The Star".
It is a shame Paraflight put Mike Fury (sp?) out of business.

September 26, 2004
My first square is a Strato Star I bought from Marilyn Wuest's father in 1976 at Lake Elsinore. I had a hundred and ten rounds jumps then on Cheapoes, Piglets, PCs, and Paps when then you needed a hundred round jumps before you could jump a ram air. It was all red with one off set gold (yellow really) cell and I gave him $400 for it.

It was incredible. I was master of the universe, as I carved turns for the first time, and the wind speed came back to my ears . . .