How much cost to sd in europe

August 23, 2003
That 's OK, just I couldn't let it without correcting because France definitely is a great place to jump, with a lot of very good level people... :-) But just if you still have any doubt pop over and you will be welcomed...

Just drop the "they can't drive" prejudice, this is just in Paris :), but you can keep the "what the hell is he saying? is he tryingto speak... english????" one, this one is quite true...

I don't know of belgian prices, but the weather is quite bad... a lot of them come in France to jump in general...

And yes, there is Internet in Europe, don't you know there are non Gouvernmental programs to send us all your old 56k modems? :):):)
Alambic

However back in the UK now and its very expensive again, my drop zone in Lancashire is saying £18 per jump PLUS £10 for kit hire! I can pack but I need to sort my packing certificate...thats what you should do, cos paying a packer is a waste of £££! 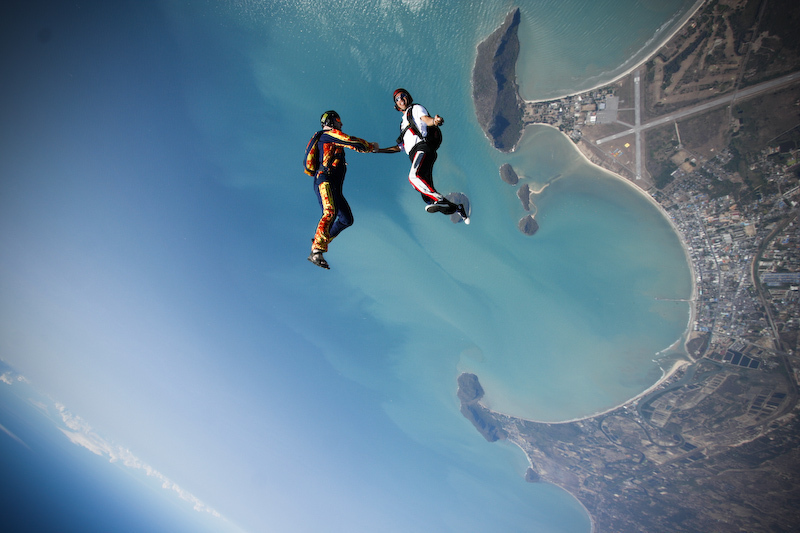 August 28, 2003
I can recommend the Skydivecenter Spa from personal experience.
www.skydivecenterspa.com for info.

Don't know what gear they rent, though, was always jumping my own.
Tandem was 180 Euros, i think. Solo Ticket is 22 Euros.


Have fun
The mind is like a parachute - it only works once it's open.
From the edge you just see more.
... Not every Swooper hooks & not every Hooker swoops ...

The Uk is a rip off as far as AFF I think! I just got back from gap in France, where my course was £770 for the full 8 AFF jumps, then 31 euros each for consolidated jumps, so including everything (flights, accomodation, AAF and 12 extra jumps) I paid £1300! Its the way to go

However back in the UK now and its very expensive again, my drop zone in Lancashire is saying £18 per jump PLUS £10 for kit hire! I can pack but I need to sort my packing certificate...thats what you should do, cos paying a packer is a waste of £££!

Its the same eveywhere in britain, some places are cheaper if you join, eg £4 plus the number of feet in thousands eg 10k cost £14. I think a lot of it is aviation fuel overhere is expensivce(along with everything else) and ive heard form alot of DZO's and CCi's that they only break even on expenceid lifts thats why student/tandem lifts go up first as they pay for everything.

AS for jumps abroad remember only BPA instuctors can give BPA qualifications, and the BPA instuctos are the most regulated so you would assume are better.

If any body will look for a nice place to do a tandem jump in Slovenia, I recomed to do it with team from Ljubljana, skok s padalom . They are operating turbine cessna 206, altitude 15.000 feet.