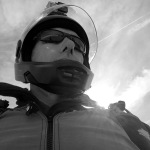 Unhook or not to unhook RSL with two canopies out?

By Safelandings, September 15, 2013 in Safety and Training