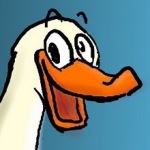 When Loved Ones Aren't Thrilled with You Skydiving.