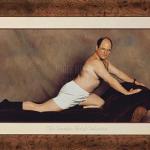 should skydiving become an olympic sport?

By costanza, May 7, 2012 in General Skydiving Discussions