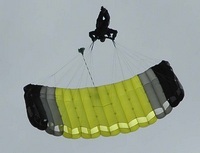 A first look at a no pull cypres save