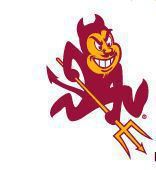 High perf landings and wanting to be selfish