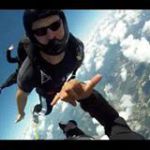 What was your "next" Canopy?