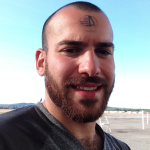 GoPro rules and why.