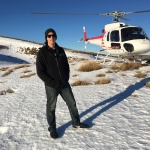 By Fartsack777, July 20 in Photography and Video