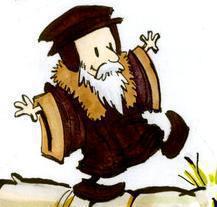 By SethInMI, March 17 in Speakers Corner

the filibuster yea or nay