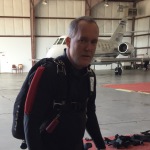 Apprehension as I progress