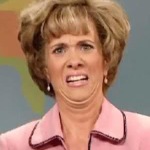 Finished AFF in Feb., now what?