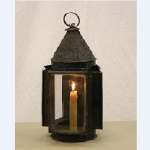 Jump Run Dilemma - What Would You Do?

The jump was in the US under US rules. I have no idea what the rules in Canada were at the time but I seriously doubt that Canadian rules at that time would have allowed this jump under those same conditions.


There may have been basically no rules here at the time. Even now there are very few. And the few that there are pertain mostly to demo jumps. There is no repack cycle rule in Canada by law except for demos for example. And no TSO standards for gear either. Only CSPA rules.

There are very specific rules in effect in Canada now, from your Canadian Air Regulations General Operating and Flight Rules:

5) Parachute descents shall not be initiated where any part of the descent, including the freefall will be through clouds;

(7) The aircraft shall be a minimum of 500 feet below and 2000 feet horizontally from cloud with a minimum flight visibility of 5 miles when dropping parachutists;

I would also suspect that these cloud rules have been in effect for quite some time.

I would also suspect that these cloud rules have been in effect for quite some time.


Perhaps. The CARS came into effect in 1996 after a long period of rule making. They replaced the "Air Regulations and Air Navigation Orders". Until that time DZs were not required to have AOCs, and private pilots were just fine. A lot of things changed in Canadian rules for aircraft dropping parachutists at that time.

I seem to remember that jumping through clouds was forbidden before that. I only started in 1992. It could be only legend that the rules were changed in the wake of the Lake Erie tragedy. But that is what I have always been told. I'm sure you are correct about the US rules. You would know.
Always remember the brave children who died defending your right to bear arms. Freedom is not free.