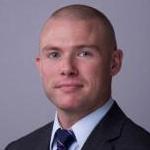 Who Lives In Jacksonville Florida?