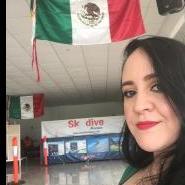 New Girl, getting started on AFF

By patymaciel, December 31, 2018 in Introductions and Greets