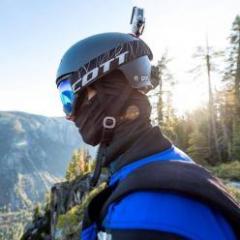 Basejumping into a plane?