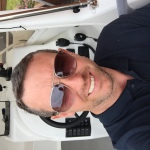 Am I being selfish