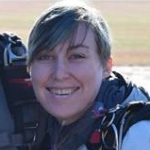 AFF in the cold months? Im in NC