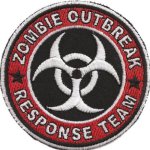 A compehensive guide to logical fallacy