By lawrocket, February 7, 2012 in Speakers Corner

Let's do the complete right thing and allow ANY two citizens to establish a legal partnership - we can call it "marriage".

Actually, that brings up another point -- can a new-style government-only domestic partnership be limited as to span? I.e. you get married for a 5-year span, and then it's automatically dissolved? I'm not saying it to be a smartass, but it's something that will need to be thought out if we really divorce the concept of marriage from domestic partnership.

"Do I want a marriage license? Nah, I'm here for a learner's permit."

February 9, 2012
Hey hey hey!! It turns out that the Federal “No Child Left Behind” act just ain’t working out so well. Ten states are getting waivers for it. WOO HOO! How’s that for success?

Let’s hear it for federal involvement in education!!


My wife is hotter than your wife. 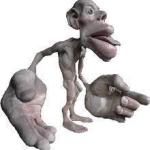 >I take it then that you are happy that the court overturned the voters of CA?

I am. I am glad that individual liberty won over government restrictions on our rights.

Then you will be happy when Obama care is eliminated too


The confusion between "rights" and "benefits" continues unabated...

I think that leaving it to the states – where it was for the first 150 years of our union – would be fine. It would have many effects:
(1) It’d would make it easier for schools to adjust their curricula to address local issues. Say a school is having problems with its math levels. The lesser bureaucracy helps with it.
(2) It would be cheaper. Much cheaper. The level of recordkeeping and reporting is absolutely ridiculous. Out here we’ve got local, state and federal reporting requirements. Why are schools so administration heavy? Because of the reporting requirements necessary.
(3) There are costs, as in what if a school system fails? But there is also the opportunity for schools to try new things and ADVANCE education. Can’t do that if the government says, “You cant do that.”

Public education is a fine thing, and I don’t want to see kids left behind because parents cannot afford it. However, I believe that parents should be given the opportunity to explore schools other than those that the government tells them that their schools get.

It’s a fifty fifty issue to me.

and you do not agree with the government mandating environmental protections through the EPA?

I see some need and, growing up in the Los Angeles Metro, saw first-hand the benefits that came from cleaner air. On the other hand, I think the EPA moves from common issues like air and water to local issues like wetlands and the like. There are issues that can be easily handled by nuisance suits instead of the EPA.

Because the EPA is a political body, it makes decisions that allow nuisances to go forward AND can prevent anybody from doing anything about it. Picture James Watt. It takes the issue of nuisance away from the people being harmed and puts it into the hands of those who don’t have a stake in it.

Again – fifty fifty. The EPA should be responsible for those environmental matters in interstate commerce that the states themselves have not made agreements (states do it all the time). But the EPA moving in on an oil spill on a mountain road seems to be a bit much when state and local authorities can manage it and any damages that occur can be handled the way they’ve been handled for ages.

I guess we're pretty much in agreement then. I also did see the news about states opting out of NCLB, and I can't be too sad about that as I think it has pushed teaching to the test to disastrous levels. One adverse consequence of getting the Federal gov't completely out of education would be the end of Pell grants and much assistance in paying for advanced education, which would certainly further limit access at a time when much of the rest of the world is actively investing in the education of their population. It's already hard to find qualified Americans in many fields, and further restricting access to education wouldn't help America's competitive position in the world.

WRT the EPA, I think it's important to have uniformity in standards of how much a business (or individuals) can pollute communal resources. Otherwise, a state could seek to attract industry by lowering standards (and so costs) as long as the industry was located where river flow or prevailing winds would carry the pollution out of the state's borders, where it would become someone else's problem. I agree they don't have to get involved in every little local mishap, though. February 10, 2012
Great picture I saw on this issue on the side of a building in NYC last summer.