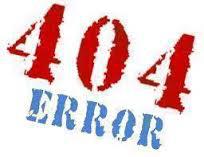 The Rapture is Back On

By Gravitymaster, October 16, 2011 in Speakers Corner