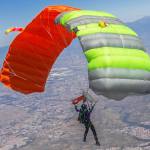 By FlyLikeARaven, September 2, 2016 in Gear and Rigging