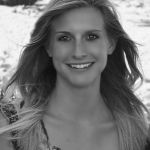 Severe line twists with full toggle turn- why did this happen?