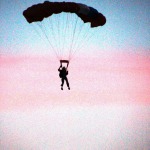 Anyone still using a PISA Hornet?