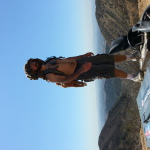 Why the cutter on AADs?

By CorvusCrypto, September 13, 2014 in Gear and Rigging