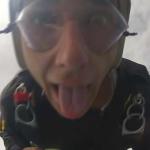 Sabre 2 or Saffire 2 which one?