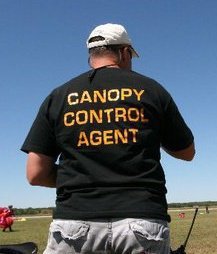 October 19, 2010
Well yeah, since you got your Neptune when He was King and still the spokesman for the product!.

An Instructors first concern is student safety.
So, start being safe, first!!!

October 20, 2010
After many years of using a dial altimeter I was convinced to try the N2.
One thing that I found funny was the protective casing screen fell out on jump one. I replaced it and it lasted about ten jumps. It is very flimsy and only held in place by a small amount of glue.
As far as the altimeter, it has worked well for the season, only having to replace the batteries once. I do enjoy having the jump log and specific information on each jump. Although I question the fallrate that I am told. The opening altitude is calculated in some fashion but based on where I deploy and where I am in saddle, very rarely is it accurate. I also find it sometimes hard to read if the sunlight hits it in a certain way.
I would recommend it to a experienced jumper but still try to steer new jumpers to the dial altimeter.