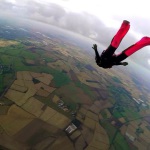 A plea for help - landing